Published by andrew_collins on 26th November 2018

Our paper “A Novel Approach to Recommendation Algorithm Selection using Meta-Learning” was accepted for publication at the 26th Irish Conference on Artificial Intelligence and Cognitive Science (AICS):

The ‘algorithm selection problem’ describes the challenge of finding the most effective algorithm for a given recommendation scenario. Some typical recommendation scenarios are news websites [3], digital libraries [4, 5], movie-streaming platforms [13]. The performance of recommender system algorithms vary in these different scenarios [3, 6, 10, 11, 15] as illustrated in Fig. 1. Performance variation occurs for many reasons, for example, the effectiveness of collaborative filtering algorithms changes depending on the number of ratings available from users [10]. Algorithms also perform differently depending on the demographic characteristics of users [6][11], depending on the time of the day that recommendations are delivered, the number of requested recommendations, and many other factors [3]. No single algorithm is best in all scenarios.

Fig. 1. The precision of five recommendation algorithms on six news platforms. On almost every platform, a different algorithm performs best [3]

To identify the most effective recommendation algorithm for a given use-case, practitioners typically assess a pool of algorithms for suitability. These algorithms are trained using historical data, and their effectiveness is estimated using cross-validation techniques. The best candidate-algorithm is typically chosen for a scenario on the basis of having the lowest predictive error, or highest accuracy [16]. Single-number metrics such as precision, recall, nDCG, RMSE, and click-through rate, are used.

We argue that focusing on the overall single-number performances of algorithms is not optimal. If we were able to accurately choose the most effective recommendation algorithm for a given user, item, and context, the overall effectiveness of the recommender system should improve.

Meta-learning for algorithm selection aims to predict the best algorithm to use in a given scenario. It does this by learning the relationship between characteristics of data, and the performance of algorithms for that data [18]. It is useful in situations where distinct algorithms perform differently in varied scenarios.

Meta-learners for algorithm selection can be trained and used at different levels of analysis. We develop here the following distinctions between these meta-learners:

Meta-learning has been used for algorithm-selection in recommender systems [1, 7–9, 12, 19]. These authors manually define meta-features, which aggregate information from datasets into single-number statistics. For example, the number of instances in the dataset is a ‘simple’ meta-feature, the mean or kurtosis of a column is a ‘statistical’ meta-feature. They then use supervised machine learning to learn the relationships between the meta-features and the performance of recommendation algorithms on datasets, measured by standard metrics. Most authors attempt to select the single-best algorithm for entire datasets; they are proposing global-level meta-learners. This is beneficial; it simplifies the process of choosing an algorithm for a recommendation scenario, for example. However, it results in non-optimal recommender system performance, as the best algorithm for each instance is not selected.

Ekstrand and Riedl [10] propose a mid-level meta-learner; they attempt to select the best algorithm for subsets of data in a dataset. They construct an ensemble of a small number of diverse algorithms and compare the ensemble’s performance to baseline algorithms. Using a classifier and one meta-feature, an attempt is made to choose the best algorithm between item-item and user-user collaborative filtering for each user. Their meta-learning approach did not outperform the overall-best algorithm (RMSE; meta-learner ~0.78, item-item CF: ~0.74).

Ensemble approaches exist that uniquely combine several algorithms for each instance, such as stacked generalization [22], and feature-weighted linear stacking [20]. These methods have produced good results [13, 17, 21], however they require that all algorithms in the pool are executed before their output is combined, or before a single algorithm is selected. For a large pool of algorithms, this may be a prohibitive requirement.

To the best of our knowledge, there are no applications of meta-learning for recommender systems that select algorithms at a more granular level than per-user.

We performed our experiments using the MovieLens 100K and 1M datasets [14]. We chose these datasets over others as they contain demographic information for users, and detailed item information, which may be useful in attempting to select a recommendation algorithm (Table 1).

To assess the potential improvements that a hypothetically ‘perfect’ micro-level meta-learner could offer over an overall-best algorithm, we first evaluate our pool of algorithms individually on the MovieLens 100K and 1M datasets. We randomly divide each dataset with a 70%:30% training:test split. We train each algorithm, and for each user-item pair in the test set we note the error between the predicted rating and true rating. We calculate the overall RMSE for each algorithm. We also note which algorithm performed best for each user-item pair; a perfect micro-level meta-learner would be able to choose this algorithm. This process is illustrated in Table 1. We calculate the overall RMSE that a perfect micro-level meta-learner would achieve.

Table 1:  An illustration of the MovieLens dataset. The algorithm with the best predicted error rate per row is highlighted. A hypothetical perfect meta-learner should predict this algorithm.

During training, we perform the following steps (Fig. 2):

In the prediction stage of our meta-learner, the rating for a given user-item pair is calculated in the following steps:

We compare our meta-learner to two baselines. The first is the best single algorithm for the dataset. The second is a simple ensemble, which averages the ratings predicted by all single algorithms for each row.

Fig. 2. A block diagram of our Meta-learned Recommender System.

The results from our first evaluation of a hypothetical ‘perfect’ micro-level meta-learner are shown in Fig. 3 and Fig. 4.

Fig. 3. The average error (RMSE) of different collaborative-filtering algorithms on the MovieLens 100K and 1M datasets. The RMSE for a ‘perfect’ micro-level meta-learner, in which the best algorithm is chosen for each user-item pair, is shown.

Fig. 5. Effectiveness of the meta-learned recommender system, compared to 1) the overall-best algorithm, 2) an ensemble which predicts an average rating of all algorithms per row, 3) the theoretical best case in which the actual best algorithm per user-item pair

The nine algorithms used are of a similar class. We expect that a more heterogenous pool of algorithms may provide better results. It is also possible that, because the algorithms we used have been trained on the same dataset that our meta-learner has been trained on, they are all already well fitted to the data. In such a case, the differences between error-predictions and real errors might be too small to allow for accurate rankings of the top algorithms: our predictions for the worst algorithm per row are twice as good as our predictions for the best (Accuracy; 0.12 vs 0.21). Linear regression may also not be suitable to model rating-prediction errors. More advanced algorithms may be more suitable for meta-learning.

Our approach is computationally inexpensive compared to standard ensembles. As the final prediction is calculated by one chosen algorithm, we do not need to obtain and weight predictions from all algorithms in a pool to make our final prediction. We also do not need to use all algorithms to retrain our system when a new algorithm is introduced, as the rating-prediction error models are independent of each other. For these reasons, in future work we hope to improve our rating-prediction error models. 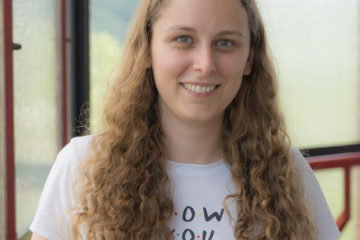