Mendeley to be sold for $100M to Elsevier?

As a Docear user you probably did some research before you decided to use Docear and maybe you stumbled upon the reference manager Mendeley. Mendeley definitely has some nice features and made it to one of the top reference management tools in the past few years (besides the fact that they don’t use mind maps for literature management, the main reason I wouldn’t use Mendeley is the fact that they store the annotations you make in PDFs in a proprietary format — this locks you in to Mendeley and makes it really hard/impossible to switch to another tool). Two days ago Techcrunch reported that the well known publisher Elsevier takes an interest in buying Mendeley for presumably 100.000.000 US$. That’s right: 100 Million US$. Considering that Mendeley is supposed to have 2 Million users that would be 50$ per user (and I don’t know if the 2 Million users are really active users). As far as I remember, the shareholders of Facebook payed about 100 Dollars per user when Facebook shares were first available at the stock market. Not bad :-).

What do you think? Is Mendeley worth 100 Million Dollar? Is it a smart move from Elsevier to buy Mendeley? And what are the consequences for Mendeley’s users since Elsevier is known for a very harsh publishing policy which lead to a boycott of Elsevier and lots of criticism by many academics).

Best of luck and let’s chat about what we can do together some time.

As i tried Mendeley only (after using jabref for my thesis) and skipped it soon after i am one of the non actives.
I look from time to time what has changed – but thats it.
For now i am using zotero, looking at docear and paperpile – but mendeley never was as intuitive as alternatives.
For example searching a scientific community – also for articles (+requesting – if it works is another thing) is done much better with researchgate. Hope they won’t be sold.

If Elsevier wants to buy them – i don’t care – as i prefer the alternatives already.

risky strategy from mendeley. this move certainly will cost them some users, and if elsevier is not buying, the users are lost for no good.

i don’t understand why people are using mendeley at all. there are good open source alternatives (zotero, docear), so why use a proprietary mendeley? 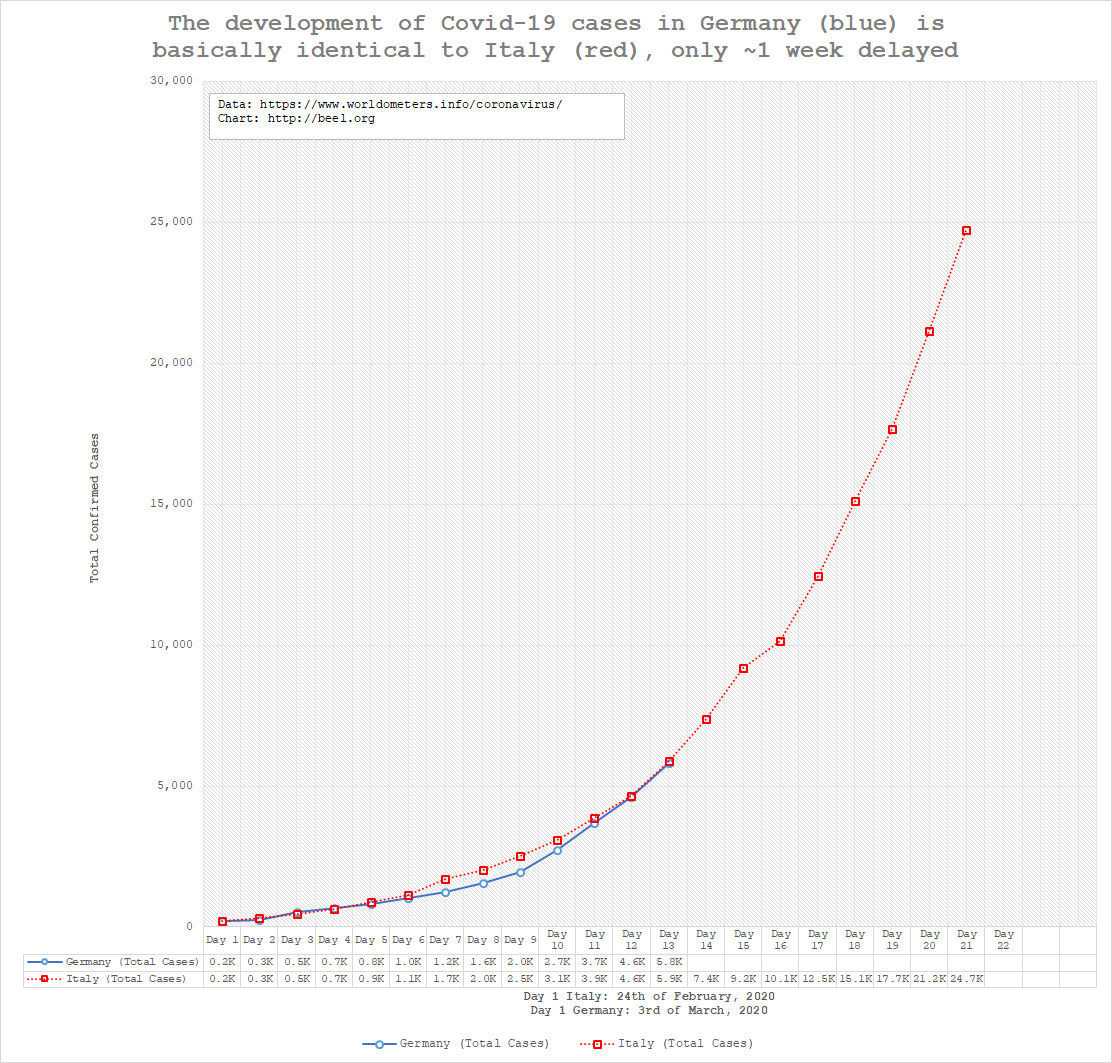 The growth of Coronavirus cases in Germany is basically identical to the development in Italy, just ~1 week delayed (no machine learning needed to see this)

Usually, I do research in the field of recommender systems, algorithm selection, and machine learning. But, to see how Coronavirus cases develop in Germany, and to predict how it will continue to develop, no machine Read more…