After being appointed as a visiting professor at the National Institute of Informatics (NII) a few weeks ago, there is more good news. The NII has signed a memorandum of understanding (MoU) with the School of Computer Science and Statistics (SCSS) of Trinity College Dublin (TCD) and the ADAPT Research Centre. The MoU originates from our long-term collaboration with the NII and outlines a partnership between TCD/SCSS/ADAPT and the NII. The goal of the partnership is to: 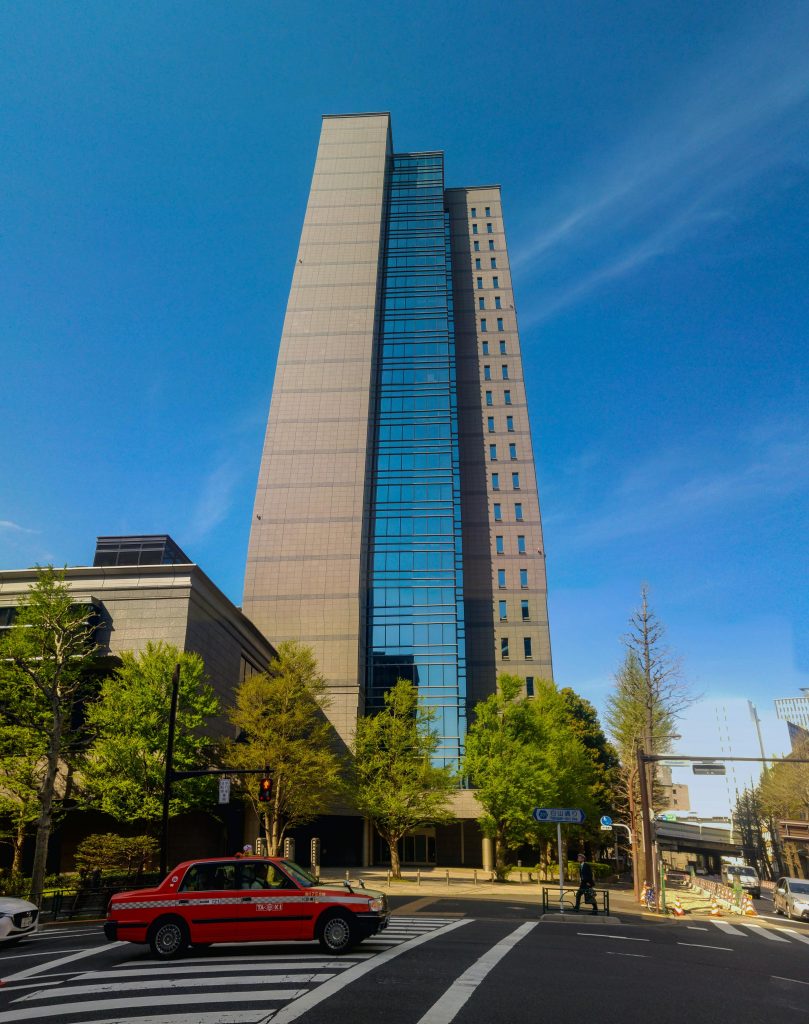 We begin the collaboration with two projects.

First, PhD students from the School of Computer Science and ADAPT will be able to apply twice a year for fully funded internships at the NII for up to six months. NII contributes a monthly living allowance of 171,000 JPY, and SCSS contributes a €1,000 travel award to every successful SCSS applicant. The internships will be awarded as part of the new Earrach Sakura Award, which we established as part of the MoU. The name of the award originates from the Gaelic word ‘earrach’ (eng. ‘spring’) and the Japanese word ‘sakura’ (eng. ‘cherry blossom’). The award aims at stimulating and flourishing the awardees’ careers as well as the relationship between the Irish and Japanese supervisors. 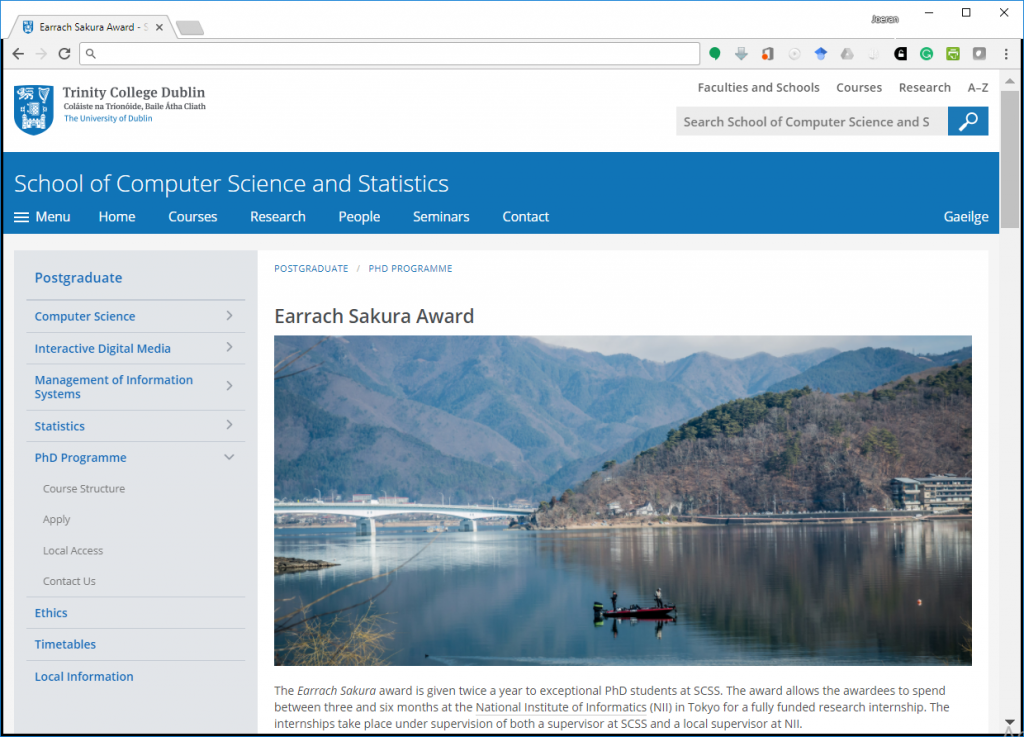 Webpage of the Earrach Sakura Award

Second, Professor Akiko Aizawa (NII) and my team will work together on projects relating to recommender systems and machine learning in the context of information extraction from academic documents, math retrieval, and virtual citation proximity. Lots of the research will be incorporated into and evaluated with our recommender-system as-a-service Mr. DLib. 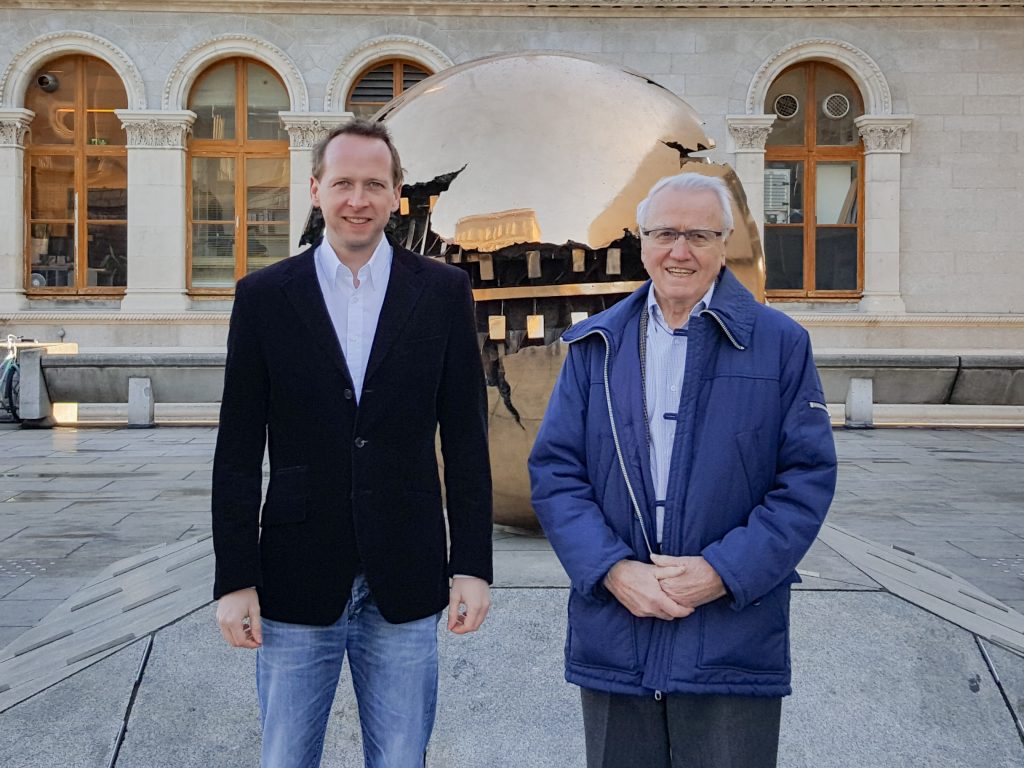 Dublin, March 2018: Prof. Henri Angelino (right) from the NII visits Asst. Prof. Joeran Beel (left) from TCD/SCSS/ADAPT to discuss the MoU and the first projects (the Earrach Sakura award and a joint recommender-system and machine-learning project). 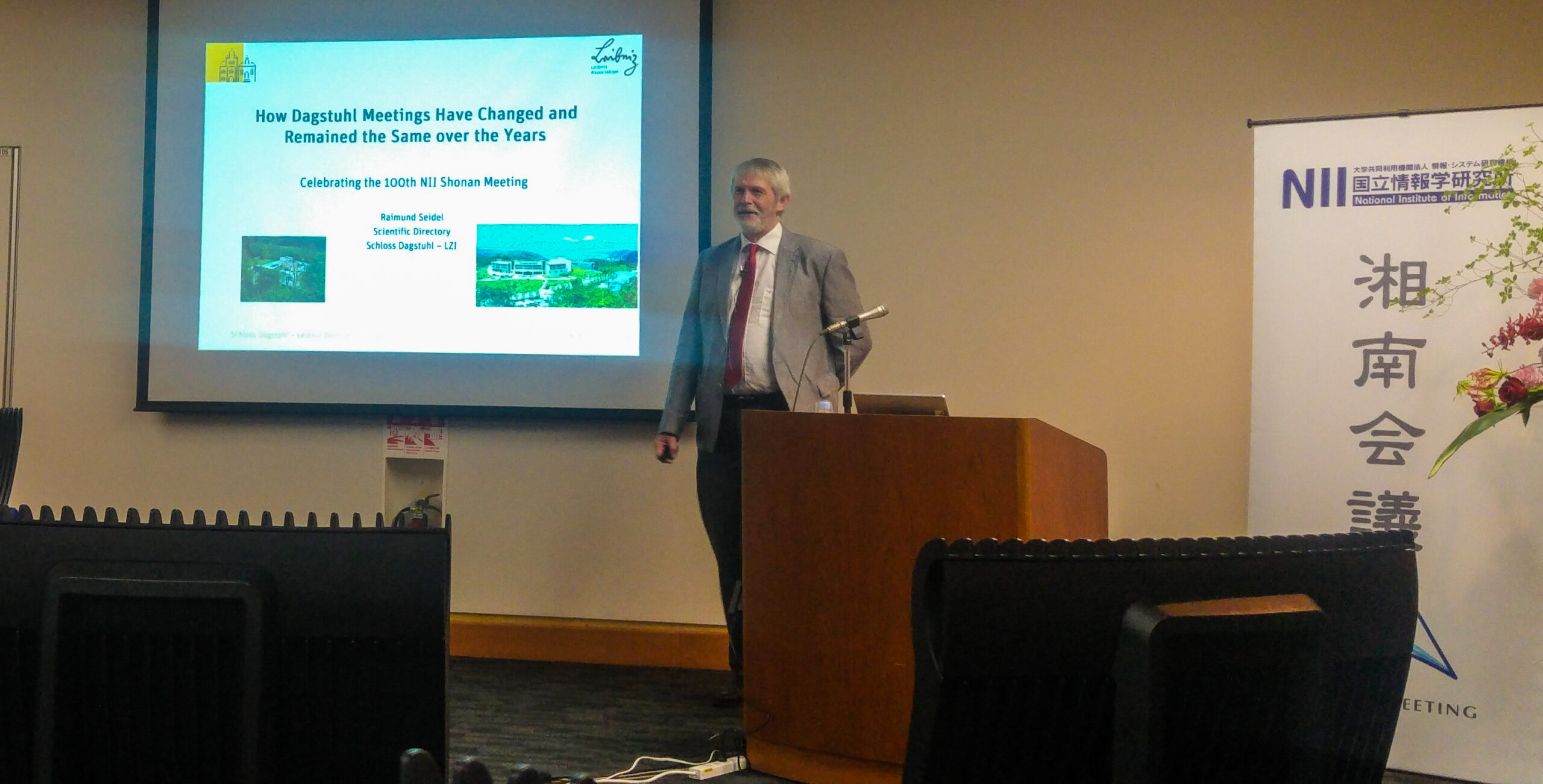 From the 19th of June until the 2nd of July 2018, I am in Japan at the National Institute of Informatics (NII). It is my first visit as Visiting Professor at the NII, and I am Read more… 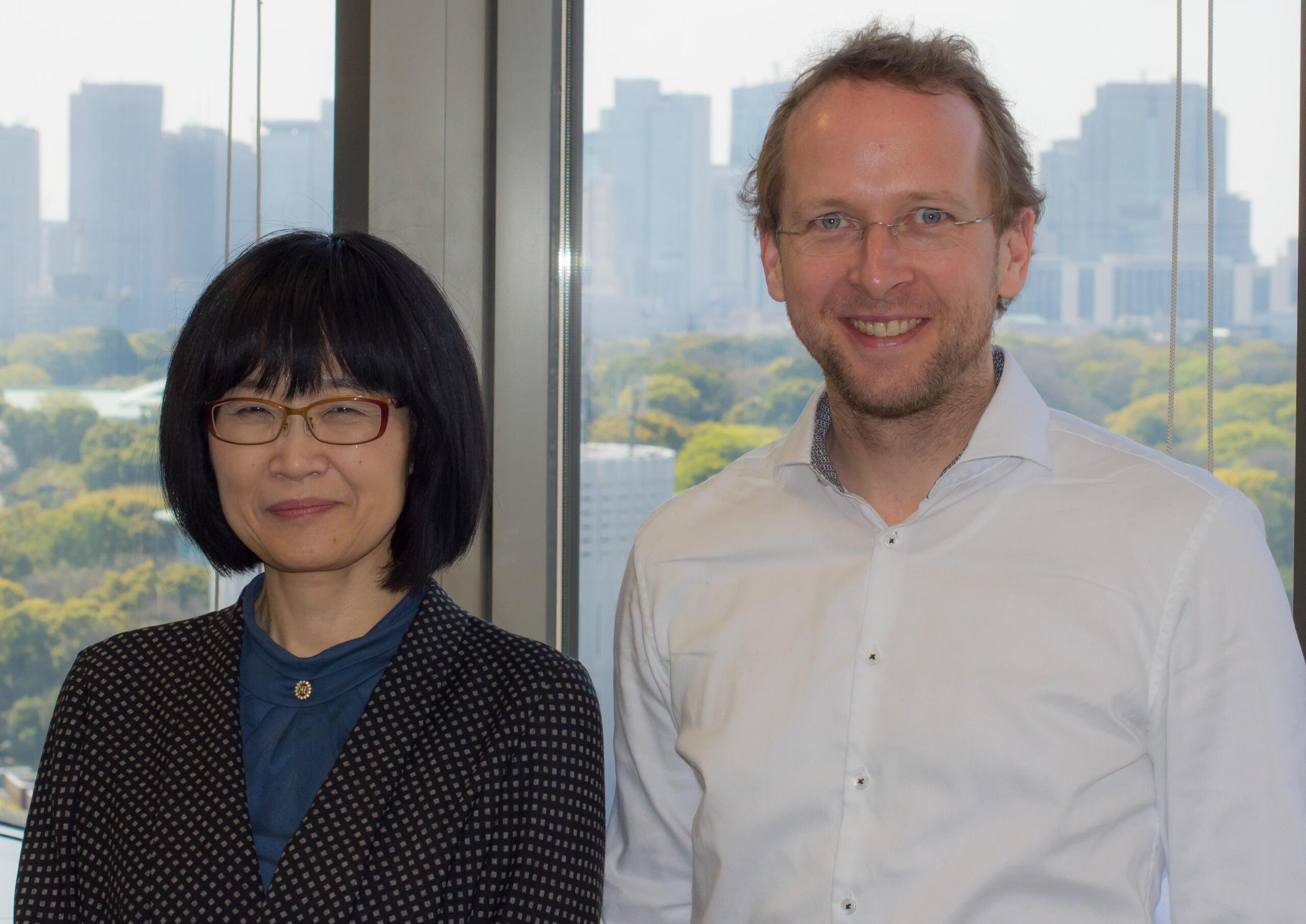 Visiting Professorship: We intensify our collaboration with the NII in Tokyo

Today I was appointed as Visiting Professor at the National Institute of Informatics (NII), effective 1. April 2018 for the forthcoming four years. I am very grateful for the generous support of the NII, and I Read more…